30 years of independence: from a newcomer on the tourist map to a role model in sustainability

Thirty years ago, Slovenia became a newcomer on the world map of tourist destinations. Thanks to the efforts of the Slovenian Tourist Board, the Slovenian tourism industry and many individuals, it is now positioned as a green star in the heart of Europe. 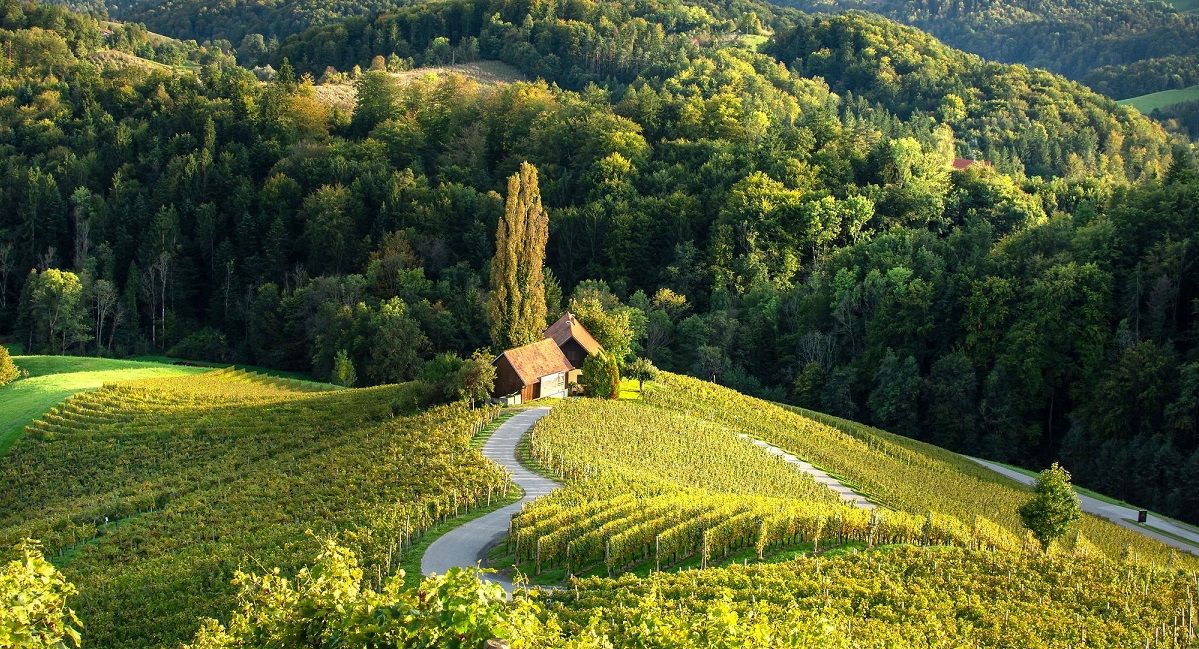 With its focus on sustainable, safe, healthy, active, boutique offer, supported by creative stories, it is an example of good practice for the creation of European national models for promoting the sustainable development of tourism. Tourism has developed into an industry with many multiplier effects and high development and growth potential.

Arrivals and overnight stays of domestic and foreign guests

The beginnings of tourism in Slovenia date back several centuries, but the years after WWII were booming. The most globally recognized places such as Bled, Piran, Portorož, Lipica, Postojna, Rogaška Slatina, Kranjska Gora and others were known mainly as part of the then state, Yugoslavia. By gaining independence in 1991, the hard work of positioning a new country on the international tourist map began. Many efforts were put into explaining that Slovenia was not a war zone and also not a new geographical formation, but the very same destination they knew before, with exceptional beauties.

Between 2010 and 2020, most overnight stays by foreign tourists were created by guests from Italy, Germany and Austria.

The value of travel exports amounted to 766 million in 1994 and gradually rose until 2019, when it already amounted to 2.7 billion. In 2020, due to the consequences of the pandemic, inflows from travel decreased by 60.7% or to just over one billion euros.

Tourism is an important economic activity in Slovenia with many multiplier effects and high potential for development and growth. Prior to the Covida-19 pandemic, tourism accounted for almost 10% of GDP and accounted for around 32% of exports of services and almost 7% of total exports.

From holidays to sustainable experiences

In 30 years, Slovenian tourism has faced many challenges, which were successfully overcome. After the country was declared independent, it was necessary to put Slovenia on the international tourist map, with a major role played by the Slovenian Tourist Board, which celebrated 25 years of operation in 2020. Patiently, persistently and systematically, and in close cooperation with the economy, the STB built Slovenia's position and helped it position on the European and global map. After independence, the emphasis was put on the facts that Slovenia is a young, safe and modern country located in the green heart of Europe, but later, the story of Slovenia that was increasingly brought to the fore was that Slovenia is a sustainable boutique country with friendly people who help co-create unique experiences.

The tools of communication, marketing and sales channels and the strategy of Slovenian tourism have also changed. Increasingly, the importance of unspoiled nature and personalized experiences and the commitment of Slovenian tourism to sustainable development was highlighted. Major changes in tourism have also been brought by the digital transformation and the use of new technologies, which provide safe and attractive experiences, guide tourist flows and help market effectively.

Slovenia followed the needs and expectations of guests who are not only looking for holidays, but also and above all memorable experiences. These were upgraded with quality, innovation and creativity and based on regional diversity and the country's natural and cultural heritage. The principles of boutiqueness and sustainability were brought into the forefront, which is why Slovenia never developed mass tourism. By carefully planning the digital transformation and by working with the most reputable media houses, influencers and ambassadors, Slovenian Tourist Board has built international recognition as a desirable tourist destination. Numerous great awards, titles and rankings on recommended destinations highlight that Slovenia is really something special, especially in the field of gastronomy and the implementation of sustainable development. Slovenia and its tourism have won awards such as: the first Green Country in the world, National Geographic World Legacy Destination Leadership, Best of the Planet - Best of Europe in the framework of Sustainable Destinations, Preferred Destination of the Year by ECTAA, PATWA Award for the Best Emerging Destination, Lonely Planet’s Best Value Destinations for 2019, Virtuoso Hottest Destination of the Year, the best holiday destination for 2021 by Condé Nast Traveler and many others. Gastronomic guides Gault & Millau and Michelin and the European Region of Gastronomy 2021 title brought additional recognition to Slovenian tourism.

Slovenian tourism follows the vision, which was adopted years ago: "Slovenia is a global green boutique destination for demanding visitors looking for diverse and active experiences, peace and personal benefits". Therefore, under the I Feel Slovenia umbrella brand, a sustainable and safe authentic offer is still being developed. Today, sustainability and safe experiences are promoted by the national safety label GREEN & SAFE and the international Safe Travels, as well as the national certification program, the Green Scheme of Slovenian Tourism, which under the Slovenia Green umbrella brand combines all efforts for sustainable tourism development and its offer in Slovenia at various levels. The green scheme of Slovenian tourism has reached a strong consensus among Slovenian tourism stakeholders, and at the same time inspires other European tourism. Hence, the European Travel Commission has begun working on the establishment of European national models to promote sustainable tourism development.

Slovenian tourism has grown and reached as many as 6.2 million tourist arrivals and 15.7 million overnight stays in 2019, its best year. It has been hit harder by the pandemic than in previous crises: in 2020,  a 51% drop in tourist arrivals and a 74% drop in foreign tourist arrivals were recorded. In recent years, Slovenia has achieved the position of a green, active, healthy, boutique, sustainably oriented globally leading destination. The past work of all stakeholders in Slovenian tourism has resulted in a good foundation for maintaining the confidence of tourists and the recovery of the tourism industry during and after the pandemic.