Slovenia to host the 19th stage of Giro d'Italia 2022: a great opportunity for promoting Slovenia as a destination for top active experiences

Slovenia to host the 19th stage of Giro d'Italia 2022: a great opportunity for promoting Slovenia as a destination for top active experiences

On Friday, 27 May, the prestigious Giro d'Italia will once again return to Slovenia. The 19th stage will take cyclists to Soča Valley. Together with the Soča Valley Tourism Board, Slovenian Tourist Board will carry out numerous promotional activities to strengthen Slovenia's visibility as a destination for active and especially cycling experiences.

Today, a press conference was held in Kobarid, where representatives of the Soča Valley and the STB presented the largest sporting event in the Soča Valley this year, the 19th stage of Giro d'Italia, which will partly take place in this valley. On Friday, May 27, Soča Valley will be filled with numerous cycling enthusiasts from near and far. Kobarid will also host the starting point of the Giro-E bike race.

The STB pays special attention to cycling as one of the key products of Slovenian tourism, especially in the light of the central two-year promotional theme of active outdoor experiences and sports tourism. The visibility of the country as a destination for an excellent cycling holidays is furthermore strengthened with forming the partnerships with top cyclists Tadej Pogačar and Primož Roglič and promotional activities within globally recognizable cycling races, including the recognizable Giro d'Italia, which crosses Slovenia again.

The hosting of the Giro d'Italia cycling race stage in Slovenia represents an exceptional opportunity to promote Slovenia as a safe and attractive destination for active experiences, strengthens the visibility of the I feel Slovenia brand, and presents Slovenia to international public. This year's race will be broadcast in as many as 184 countries. In total, 180 hours of live broadcast will be created, reaching millions of cycling enthusiasts who watch this recognizable cycling event every year.

The race will be broadcased via a television network that reaches as many as 768 million spectators on five continents. 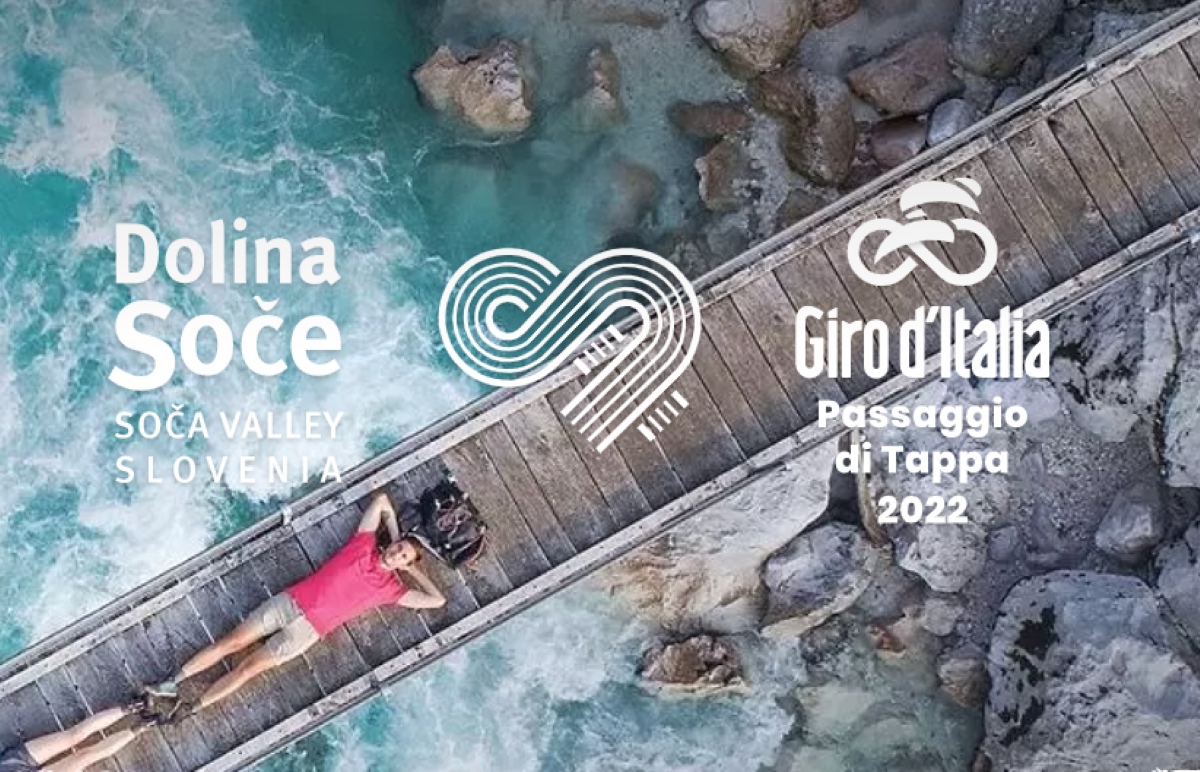 The STB will highlight Slovenia as a destination for active holidays, with an emphasis on cycling experiences. The key focus of communication activities will be the strong connection between Slovenia and top Slovenian cyclists, Primož Roglič and Tadej Pogačar, currently the best cyclists in the world.

With the aim of strengthening Slovenia's visibility as an active holiday destination and the I feel Slovenia brand, the STB will support the project by setting up several advertising campaigns, such as advertising on www.giroditalia.it , advertising in the Sport Week magazine and setting up a new landing page on www.slovenia.info.

Giro-E is the first major ecologically sustainable cycling race on the international stage, where participants will raceon the same route, with the only exception that they will ride e-bikes. The STB will award the winner with the I feel Slovenia green jersey. In addition, the 16th stage of Giro-E will start in Kobarid and finish in Santuario di Castelmonte stage.

For the Italian media, the STB and the Soča Valley Tourism Board have prepared several press conferences presenting the destinations included in the stage and exposing Slovenia as a nearby safe boutique destination for unique experiences.

The head of the STB's office in Italy, Aljoša Ota, adds: "The prestigious Giro d'Italia, which is returning to Slovenia, will be a great opportunity for showing Slovenia to Italian and international spectators who have been following the sporting event for many years. We will highlight the country's cycling soul, green surroundings and great opportunities for outdoor activities. We are especially looking forward to the starting point of the Giro-E e-bike race in Kobarid on 27 May, as this will be the main sporting event within the Giro d'Italia stage, attracting many fans to Kobarid and all cyclists competing in the Giro-E cycling race. Apart from the Austrian and German markets, Italian market is the most important emitting market for Slovenian tourism."

Viljam Kvalić, director of the Soča Valley Tourism Board, pinpointed: “We expect a large number of visitors, for whom we have prepared special locations with parking spaces for cars and motorhomes. Public transport by bus will be organized to facilitate access to the route. Due to the race, the traffic regime will be changed, and in the afternoon there will be complete closures of traffic for certain periods of time. All the most up-to-date information related to parking spaces, access and public transport will be available on www.soca-valley.com/sl/giro/giro-2022/ and on the Facebook and Instagram pages of the Soča Valley. ”

Giro d’Italia (also called the Giro or Corsa Rosa) is a professional men’s stage road bike race that takes place every year on Italian roads. So far, the race has passed through Slovenian territory five times. Starting or finishing points in Slovenia so far have been Kranj, Bled, Portorož and Ljubljana, and the dew route has twice passed through Brda.

This year's 105th edition will have a total of 21 stages, covering almost 3,410 kilometers and record 47,000 meters of altitude difference in only 3 weeks.

This year's 105th edition will have a total of 21 stages, covering almost 3,410 kilometers and record 47,000 meters of altitude difference in only 3 weeks. The race will take place in 14 of the 20 Italian provinces, and will twice turn outside Italian territory: the starting point of the Giro d'Italia is in Budapest, and on 27 May the cyclists will cross Soča Valley.

Jan Tratnik, a member of the Bahrain Victorius team, said: “In a few days I ai meeting my colleagues from the Bahrain Victorius team again, as I will be competing in the 2022 Giro again. It is unbelievable that the race will cross Slovenia for the second time in two years, but at the same time nothing unusual, as Slovenia has become the cradle of the best cyclists in the world. I invite all sports and cycling enthusiasts to come to the Soča Valley on 27 May 2022 to accompany and cheer for the best cyclists in the world, regardless of their nationality or team."

In the cover photo (from left): Viljam Kvalić, director of the Soča Valley Tourism Board, Aljoša Ota, Head of the Slovenian Tourist Board in Italy, Jan Tratnik, member of the Bahrain Victorius cycling team, Marko Matajurc, mayor of Kobarid, Uroš Brežan, mayor of Tolmin and Valter Mlekuž, mayor of the municipality of Bovec. Photo: Soča Valley