People who changed the course of history

Explore Slovenia through the stories of people who were born here and left a great mark on human history through their work and life.

Active break in the Hotel Bohinj Just the two of us

Slovenia is a young country, but its territory has been settled since Prehistory, and written evidence of the use of Slovenian, the language of today’s Slovenians, dates back to the 9th and 10th centuries. In different periods of stormy history under the rule of foreign masters, people were born here who changed the course of human history. Visionary inventors, talented composers, beautiful ladies who confounded people due to their beauty and genius. Discover their places of origin and learn about the many interesting sides to Slovenia’s history. 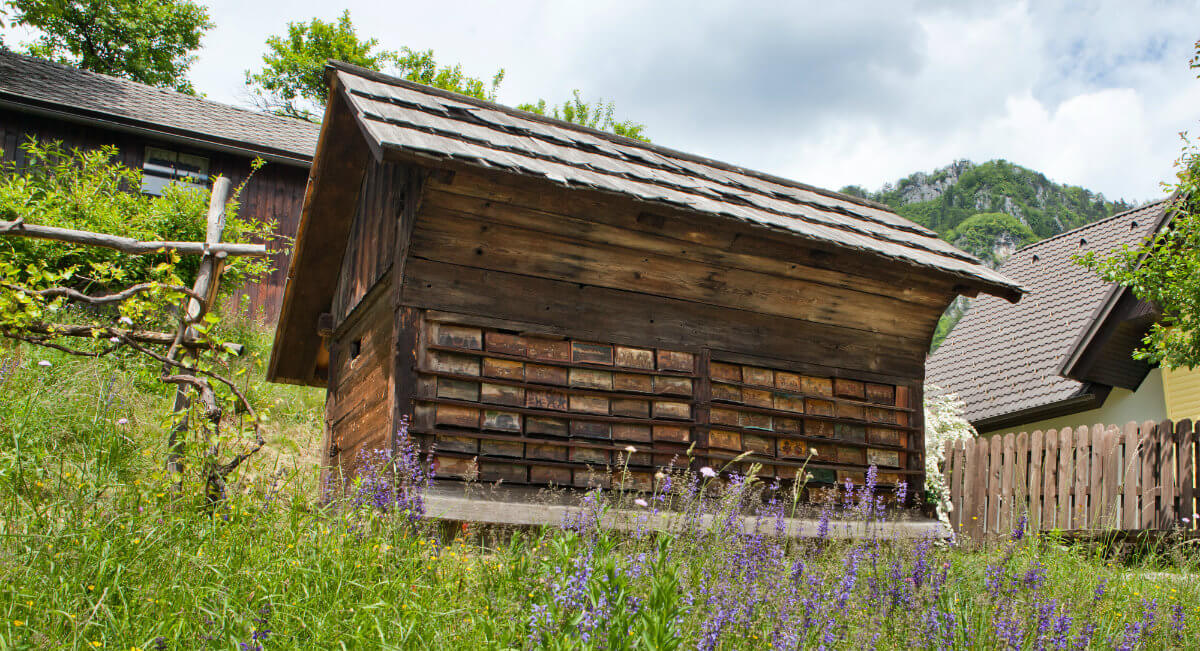 A nation of innovators

Slovenia is one of the cradles of bee-keeping in Europe, where it is still at the very top with regard to the number of bee-keepers and the quality of honey and honey products. In the 18th century, the foundations for bee-keeping were laid by Anton Janša. The legendary empress of the Hapsburg monarchy, Maria Theresa, appointed him as the first teacher of the first bee-keeping school in the world, which was opened in Vienna. She also issued a decree stating that all future bee-keeping teachers must be educated using his books. Anton Janša was known for excellent lectures, at which he presented his invention, a special beehive, which is still in use, and new approaches to bee-keeping. At Slovenia’s initiative, his birthday, 20th May, became World Bee Day, which should help raise awareness of the significance of bees for human survival.

In the 19th century, Lovrenc Košir reformed the postal system in the Hapsburg monarchy. In 1835, he gave the idea of the first stamp, but he was never acknowledged for its invention. Visit the Museum of Post and Telecommunications located in the magnificent Polhov Gradec Manor, where you can discover much about the development of post from Prehistory until today.

In the period from the 1880s to World War I, Janez Puh registered 13 patents in the field of the technology of road vehicles and 6 for typewriters. He developed no fewer than 21 different car types and also patented a device for setting up combustion for internal combustion engines and a four-cylinder internal combustion engine with two pairs of pistons with mirror movements. His vehicles won international races and transported members of the imperial family of the Hapsburg court in Vienna. His legacy was the basis for the creation of legendary vehicles: the MS 50 and Puch Maxi mopeds, the Puch 125cc engine, the Puch 500 small car, and the Puch Haflinger, Puch Pinzgauer, and Puch G all-terrain vehicles (Mercedes-Benz, class G).

Baron Anton III von Codelli was an all-round inventor. As an enthusiastic racer and lover of long drives, he invented an electric ignition device for motor vehicles, a small cooling and heating device, a high-pressure compressor, a planetary wheel drive with a double and internal-gear hub, and a revolving cylinder internal combustion engine. He also worked in other areas, his inventions also include a mechanical mower, a wireless drive for remote devices, a high-frequency telephone, a device for wireless reception of a time signal, detectors of atmospheric pressure discharges, and radio devices with miniature pocket dimensions. He even designed the predecessor of television, a special device for remotely transmitting images. Follow in his footsteps in Ljubljana, where he brought the first car in 1898 and where he lived at the Kodeljevo Manor. Today, this area is mostly intended for recreation.

The rocket engineer Herman Potočnik Noordung, a pioneer of flights to space and the first space architect in zero-gravity space, had visionary ideas that were quite unusual for the times in which he lived. In 1929, he published a revolutionary book entitled The Problem of Space Travel – The Rocket Motor (1929), in which he describes a living wheel that would allow travel to space and life there. His work was the inspiration for various later space projects and also for the space station in the cult film 2001: A Space Odyssey by director Stanley Kubrick. 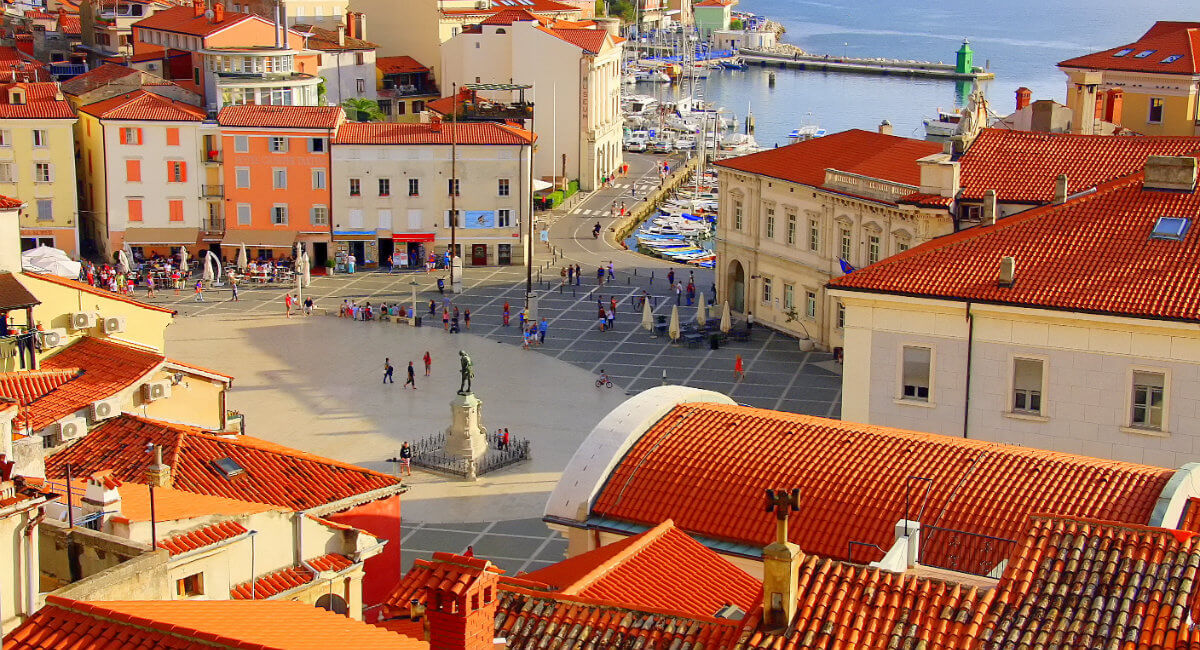 Music has always been extremely important in the area of today’s Slovenia. Even Neanderthals used it to pass time, as is evidenced by a 60,000-year-old flute, the oldest known musical instrument in the world.

The Vienna Boys’ Choir with a very long tradition and high quality was founded in 1498 by Jurij Slatkonja. The first Bishop of Vienna was born in Ljubljana and for some time he served in Novo Mesto as a provost. Visit this town with extraordinary history and discover what influenced this exceptional person who also served as a chapel master and cantor in the Viennese Court.

The institutions, such as Festival Ljubljana and Cankarjev Dom in Ljubljana, occasionally organise performances of the works of this interesting late Renaissance composer of motets and madrigals. Jacobus Gallus Carniolus was very respected by patrons, church dignitaries, and audiences, and the composers Händel and Bach were later also excited about his work. Slovenians paid tribute to this master, who is considered to be the greatest polyphonist of his time, by naming the largest concert hall in Cankarjev Dom, their greatest cultural centre, after him.

The composer and violin virtuoso Giuseppe Tartini was born in the picturesque coastal town of Piran in 1692. Later, he was the first violinist and Maestro di Cappella at the Basilica of St Anthony of Padua, where he also founded the renowned violin school, La scuola delle nazioni. His legacy includes 130 concertos and 170 sonatas for the violin, among which the Devil’s Trill Sonata is the most well-known. Explore his life and work in Piran, where the sounds of his violin still resound. This violin can still be seen, in addition to other artefacts, at the Tartini House, which is also one of the oldest houses in this coastal town. 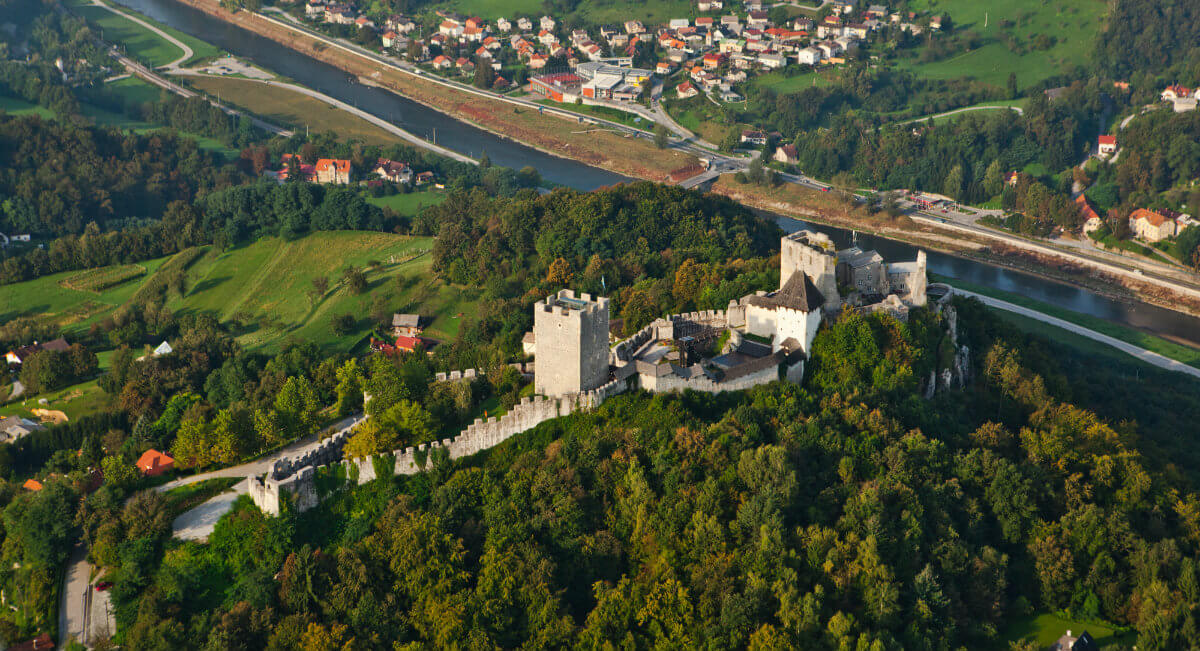 Tall, slender, unusually beautiful, intelligent, gifted with a natural talent for politics and diplomacy: this is how history sees Barbara of Celje from the mighty dynasty of the Counts of Celje. She left her hometown of Celje early because she got engaged to be married in 1405, when she was just 14, to the most influential man of the time, Sigismund of Luxembourg. After a few years, her husband, who was King of Hungary and Croatia, King of Germany, King of Bohemia, and the Holy Roman Emperor, introduced her to politics. She was involved in managing political ties with various kingdoms, negotiations in combat, and in resolving economic, financial, and other state issues. Together with her husband, she founded the famous Order of the Dragon, a chivalric order. She was crowned as the Queen of Germany and Bohemia.

Another exceptional woman was born in Celje. Alma M. Karlin went down in history as a polyglot, an author, and world traveller. In 1919, as a 30-year-old, she embarked on a journey around the world, which was unusual for a woman at the time – she only had a little money and a typewriter. She described her often unusual and exotic experiences on her eight-year journey in articles and books that were published in various countries and at lectures at European universities and elsewhere. Her works are very valuable, as they are unique testimonies about the history, the social state, spiritual tradition, symbols, mythology, flora, fauna, and other special features of the countries that she visited. You can see a part of the rich opus of Alma M. Karlin at the Celje Regional Museum.

Ita Rina was the undisputed queen of the silver screen in the 1920s and 1930s, and she is compared to Greta Garbo and Marlene Dietrich. As a 20-year-old, she left Ljubljana for Berlin, which was the cinematic metropolis of Europe at the time. There, she was immediately hired to make a film. Her career sky-rocketed, mostly due to the film Erotikon (1929) and Tonka Šibenice (Tonka of the Gallows – 1930). She received numerous offers from Hollywood studios to continue and build her career in the USA, but she chose to get married and move to Belgrade. You can explore the story of the beauty who turned down Hollywood for love at the Museum of Slovenian Film Actors in Divača.

Explore the cultural wealth of Slovenia

Explore Slovenia's history, tradition, and modern way of life in cultural institutions all around Slovenia.

The beekeeping traditions and honey experiences of Slovenia

Learn about the rich tradition of beekeeping in Slovenia and enjoy beekeeping experiences for all your senses.

The beekeeping traditions and honey experiences of Slovenia

Museums and galleries in Slovenia – a treasure trove of art from prehistoric times until today.

Slovenia offers a rich selection of film and theatre shows.

Slovenia is full of castles, manors, fortresses, and fortification systems.

Lovers of music should experience the diverse offerings of classical and contemporary music and dance in Slovenia.

Learn about the masterpieces of Jože Plečnik, the greatest Slovenian architect!

In Slovenia, see stunning artefacts that are considered to be the oldest in the world.

The images of Slovenia that will leave a lasting impression.