Experience nature and culture in Slovenia 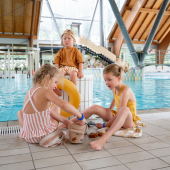 Don’t miss the special events in 2017

No matter when you visit Slovenia, the year 2017 will be bursting with a plethora of events and experiences. Are you interested in the highlights of Slovenia’s tourism calendar? Every season has its own. We recommend that you lend one ear to the sounds of unspoilt nature, and the other to the cultural pulse in Slovenian towns and cities. 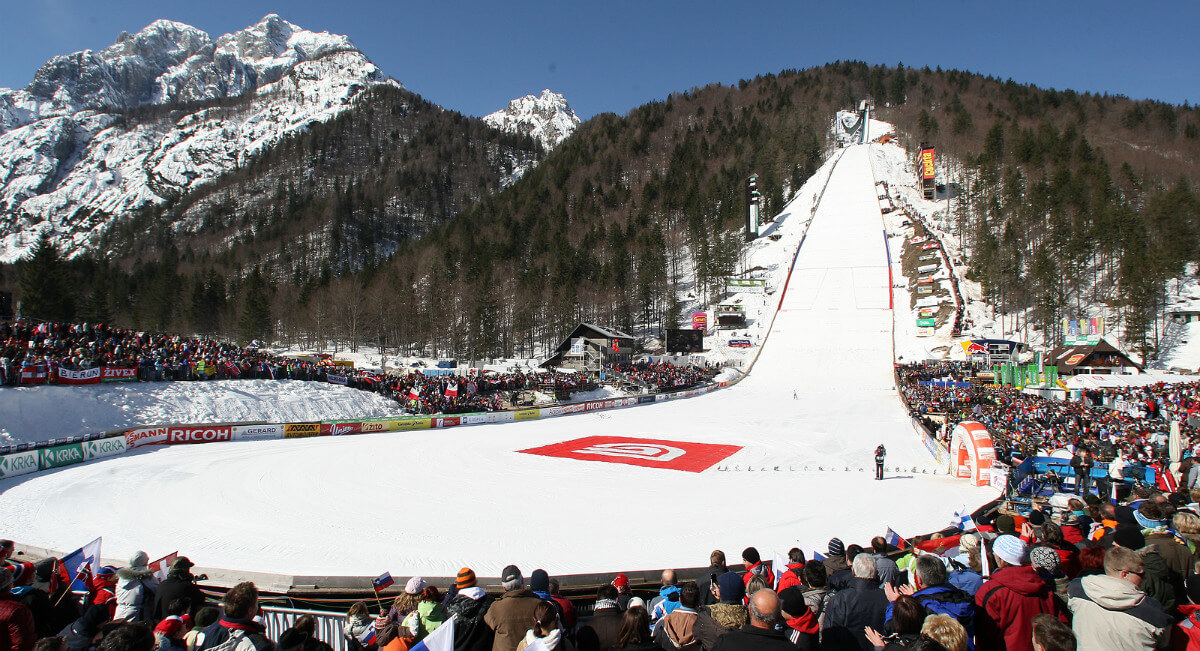 In winter, we cheer on the caravan of the white circus

Slovenia is the cradle of Alpine skiing in Central Europe, where skis have been used for centuries for making journeys in fresh natural snow. Due to this tradition, we are known as an excellent skiing destination that hosts some of the most significant international winter sporting competitions. You can cheer on your favourite women skiers at the traditional Golden Fox competition that takes place on 7 and 8 January in the Maribor Pohorje Hills. The atmosphere is quite something because the great star of the white circus is finally saying goodbye to her competing career – one of the greatest Alpine skiers of all time and the ambassador of Slovenian tourism, Tina Maze.

On 4 and 5 March, Slovenia will host the men’s Alpine skiing races. The men will compete in the slalom and giant slalom events on the legendary slope in Kranjska Gora for the traditional Vitranc Cup. The competition has been taking place since 1961, and the slope is considered to be the most difficult for competitions of the International Ski Federation.

The highlight for sports fans will be in Planica from 23 to 26 March. The valley below Ponce has traditionally hosted ski jumping finals. The flying hill of the Gorišek brothers in Planica is known as a place for breaking records. It was built in 1969 and since then no less than 28 world records have been broken there, including the one in 1994 when jumpers passed the 200 m barrier. Today, the ski flying hill enables jumps of up to 250 m. Come see how the Slovenian Eagles, as Slovenians refer to their ski jumpers, will perform. Peter Prevc is considered to be the best ski jumper and is the record holder of the 2015/2016 season.

We invite spring with culture and kurents

In 2017, the capital city, Ljubljana, embarks upon a decade devoted to the famous architect Jože Plečnik. We know him as the greatest Slovenian architect, whose masterpieces left their mark on Ljubljana, Vienna, and Prague. Plečnik’s Ljubljana, as we like to call it, was designed by this significant figure in architecture as a city of light following the examples of Antiquity, where everything that people need for their work and leisure, body and spirit, is at their fingertips. First, take a stroll on the banks of the River Ljubljanica and see the hustle and bustle on the Three Bridges, which is a popular meeting place in Ljubljana, and then familiarise yourself with the work of Jože Plečnik at Plečnik’s House near the Trnovo Bridge, which is one of the rare bridges in the world with trees growing on it. Nowadays, the House is a museum that was nominated for the best European museum – EMYA 2017.

Slovenia’s capital is famous for its vibrant happenings and excellent offerings of cultural events throughout the year. The Ment Ljubljana Festival, which has already become one of the most important music festivals in the region, will be sure to raise winter temperatures. From 1 to 3 February, it will host more than one hundred international and local musicians, promoters, publishers, and others from the world of modern music in ten different venues.

At the same time, preparations for kurentovanje, one of the largest ethnographic festivals in Europe, will begin in Ptuj, the oldest Slovenian town. The kurent is a traditional Slovenian Shrovetide mask that rattles bells fastened to a sheep skin to chase away winter and call for a good harvest. This mythical hero, who is symbolically connected to grapevines, is also known as a god of joy and wine in Slovenian mythology. It is to Ptuj than we can trace the beginnings of cellaring more than seven centuries ago, and the residents of Ptuj will be most happy to share a toast when they manage to enter the kurent on the UNESCO intangible heritage list. This year's highlight of the 57th Kurentovanje Festival is planned to take place on 25 and 26 February with the Great Carnival Ball and the International Carnival Parade that invites masks from all over Europe and draws in excess of 50,000 visitors. 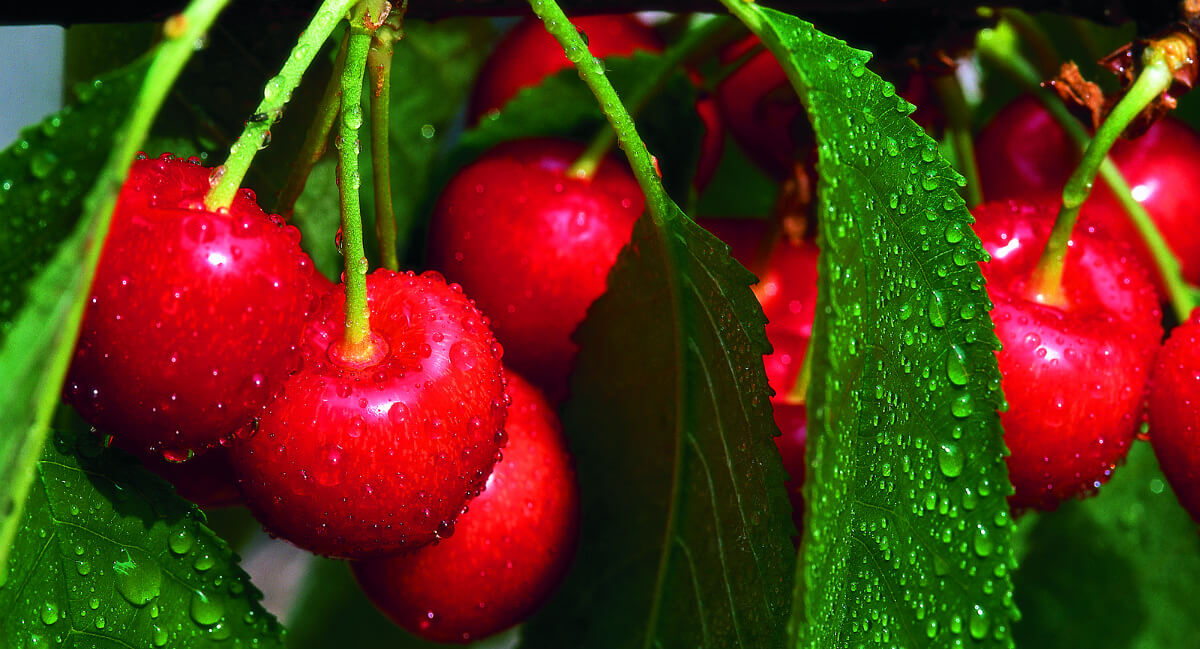 In summer, we enjoy sweet cherries and hiking adventures

When Slovenia is in bloom, there is much to celebrate and rejoice over. We make a toast to the warm part of the year at the all-Slovenian Festival of Wine and Olive Oil that takes place in Šempas in the Gorica region. It’s so beautiful when meadows and orchards around the country are covered with flowers. This is when Slovenians begin putting on their hiking shoes in great numbers and rush to fill their hiking logs. Spring also marks the beginning of the hiking festivals of the Let’s Hike Slovenia initiative, which then continue into the summer and autumn. The opening of the hiking season takes place in the Brda Hills in April, among romantic rolling hills full of grapevines and olive and fruit trees. In June, the trees of the Brda Hills are burdened by the heavy weight of large, savoury cherries, which were once exported to nearby European capital cities, such as Vienna – and this was done on bikes! Don’t miss the Cherry Festival, which is one of the largest culinary festivals in Slovenia.

Summer is ideal for active outdoor holidays. The Slovenian Alps invite you to experience hiking adventures, either in the kingdom of the Goldhorn in the Julian Alps, in the heart of the Triglav National Park, which is one of the oldest in Europe, or among the high peaks of the Kamnik and Savinja Alps or the Karavanke range. Kranj and its urban environment and the fairy-tale Lake Bled, which has the only Slovenian island in its middle, often seen on postcards most frequently sent from Slovenia to the rest of the world, are famous for being idyllic Alpine destinations in Gorenjska. Many lovers of outdoor activities are in love with the valley of the River Soča and Kranjska Gora. In summer, it feels great to experience refreshment in Slovenian lakes, rivers, and the sea, as the water is known for its cleanliness.

In autumn, we celebrate in Slovenia and around the world

Autumn in Slovenia smells like pumpkins, persimmon, chestnuts, and wine. In November, Slovenians all over the country celebrate the arrival of young wine. Don’t miss the Old Vine Festival and St. Martin’s celebrations in Maribor, the second largest Slovenian town in the eastern part of the country, where the oldest grapevine in the world still bears fruit to this day.

This autumn is particularly special, as major milestones in Slovenian history will be commemorated. At the end of October, a number of anniversaries connected to the century that began at the end of World War I will be celebrated as the Miracle at Kobarid is remembered. In the Soča Valley, where the fiercest mountain fighting in history took place, the Walk of Peace from the Alps to the Adriatic now follows the footsteps of the Isonzo (Soča) Front and tells its poignant stories in the midst of unspoilt nature amidst spectacular vistas.

Slovenia also joined the all-European celebration of the 500th anniversary of the Reformation, which marked the publishing of the first Slovenian books. Ljubljana, as Slovenia’s capital, and Puconci in the eastern part of the country, as the centre of the Evangelical Church, were declared European Cities of the Reformation.

The unforgettable year 2017 in Slovenia

Feel the festival atmosphere, learn about the natural and cultural heritage of Slovenia, and taste the delights of Slovenian cuisine.

You can enjoy the work of some of the most important creators and performers from all over the world if you visit festivals in Slovenia.

Love is experienced through the stomach.

Soča, the emerald river of a thousand special features

Alpine Slovenia, at the heart of the mountains, along lakes and rivers. Visit Triglav National Park, Bled, Bohinj, Kranjska Gora and the Soča Valley.

The capital of Slovenia and European Green Capital 2016. This charming and vibrant city will captivate and fascinate anyone keen to explore it.