The World Cup in sports climbing with the ambassador of Slovenian tourism, Janja Garnbret

The World Cup in sports climbing with the ambassador of Slovenian tourism, Janja Garnbret

This weekend, Koper will turn into the capital of sports climbing, as the World Cup will be held in the new climbing centre. After winning 5 medals and as the most successful country at the recent European Championships, Slovenia has high expectations. All eyes will be on Olympic, world and European champion Janja Garnbret, who is also the ambassador of Slovenian tourism.

Slovenian Tourist Board, as a partner of the event, contributes significantly to the promotion of Slovenia as a sports destination with an emphasis on sport climbing by implementing the I feel Slovenia brand.

Slovenia will host the sport climbing World Cup for the 26th year in a row. The best sports climbers will compete at the new Koper climbing centre on September 2 and 3. It is the first climbing center of its kind in Slovenia, as it combines all three climbing disciplines and can in terms of quality be compared with the largest climbing sports centers in Europe. After winning 5 medals and as the most successful country at the recent European Championships, Slovenian athletes, led by multiple Olympic, world and European champion and ambassador of Slovenian tourism, Janja Garnbret, have high goals and expectations. The 2022 Sport Climbing World Cup match is organized by the Mountaineering Association of Slovenia under the auspices of the International Federation of Sport Climbing (IFSC). The Slovenian Tourist Board (STB) is the partner of the event.

Koper is developing into an important European climbing centre

Slovenia has 113 natural climbing areas and numerous climbing centers with artificial walls. The latest acquisition is the Koper climbing centre, which has an outdoor climbing wall that meets the high standards of the International Sport Climbing Federation, which is why the competition moved from Kranj to Koper after a quarter of a century. The Koper climbing centre is the only one in Slovenia that combines all three disciplines of sport climbing: difficulty, bouldering and speed climbing. This is an exceptional acquisition for both the city and the country, as it has placed Slovenia alongside the most famous climbing centres in Europe.

MSc. Maja Pak, director of the Slovenian Tourist Board,commented: "Slovenia is rightfully among the superpowers of sport climbing. Both, in terms of the sporting achievements, with which the ambassador of Slovenian tourism, Janja Garnbret, has particularly impressed us in recent years, as well as in terms of numerous possibilities for unforgettable climbing experiences. Sports tourism and active outdoor experiences are an important pillar of Slovenia's tourism offer, and at the same time also the central communication topic in 2022 and 2023. With its geographical diversity, Slovenia offers climbing experiences all year round, which is why the Koper climbing centre represents an exceptional asset for Slovenian tourism as well, as it will turn Koper into an important venue for climbing, which is an excellent upgrade of the current tourist offer and an opportunity for further development of sports training and active holidays for climbing enthusiasts in this part of Slovenia."

Mojca Vojska, director of the Centre for Youth, Culture and Tourism in Koper, said: "Koper recently got a new, modern climbing infrastructure in the very centre of the city. The destination is already very well-known among climbers and ranks at the very top in terms of the quality of the climbing routes we have on the Karst edge. We will only strengthen the status of a climbing destination, as we will connect natural climbing areas with artificial ones and build on the visibility, as an all-year-round climbing destination. The World Cup that we will host in Koper this weekend is the first step in promoting Koper as the venue for climbing competitions at the highest level. The event will spread the word about climbing in Koper all around the world and undoubtedly encourage many people to try out the climbing areas themselves. We expect a larger number of spectators and sports enthusiasts in Koper. Climbing is an increasingly recognizable and popular sport, which is also thanks to the success of our athletes in this field. In the future, we expect numerous visitors, as the centre combines all three climbing disciplines (bouldering, speed and difficulty) in one place. By receiving the title of Olympic Sports Centre, Koper already proved that it ranks among the leading sports destinations in Slovenia. The city already features a modern football stadium, an athletics stadium, beach volleyball courts, an Olympic covered swimming pool, several tennis courts and an organized infrastructure for water sports."

After all the medals won, Garnbret wants to show the most in front of her home audience

More than 120 competitors from 24 countries, who belong to the very top of the world in sport climbing in the discipline of difficulty, are expected in Koper this weekend. Among them are also Slovenian climbers, who further consolidated their dominance in sport climbing at the recent European Championship, where Slovenia became the best country in the championship with five medals, while Janja Garnbret was the only one to win three gold medals in the disciplines of difficulty, bouldering and in the new Olympic combination.

Before the World Cup, Janja Garnbret commented that she has the same goal as before every match: "I'm going for victory, but at the same time I'm aware that competing in front of the home audience is the most difficult, because I want to show the best that I know." Her success will certainly attract crowds of local and foreign sports climbing enthusiasts to Koper, so the organizers have also provided a varied accompanying program. 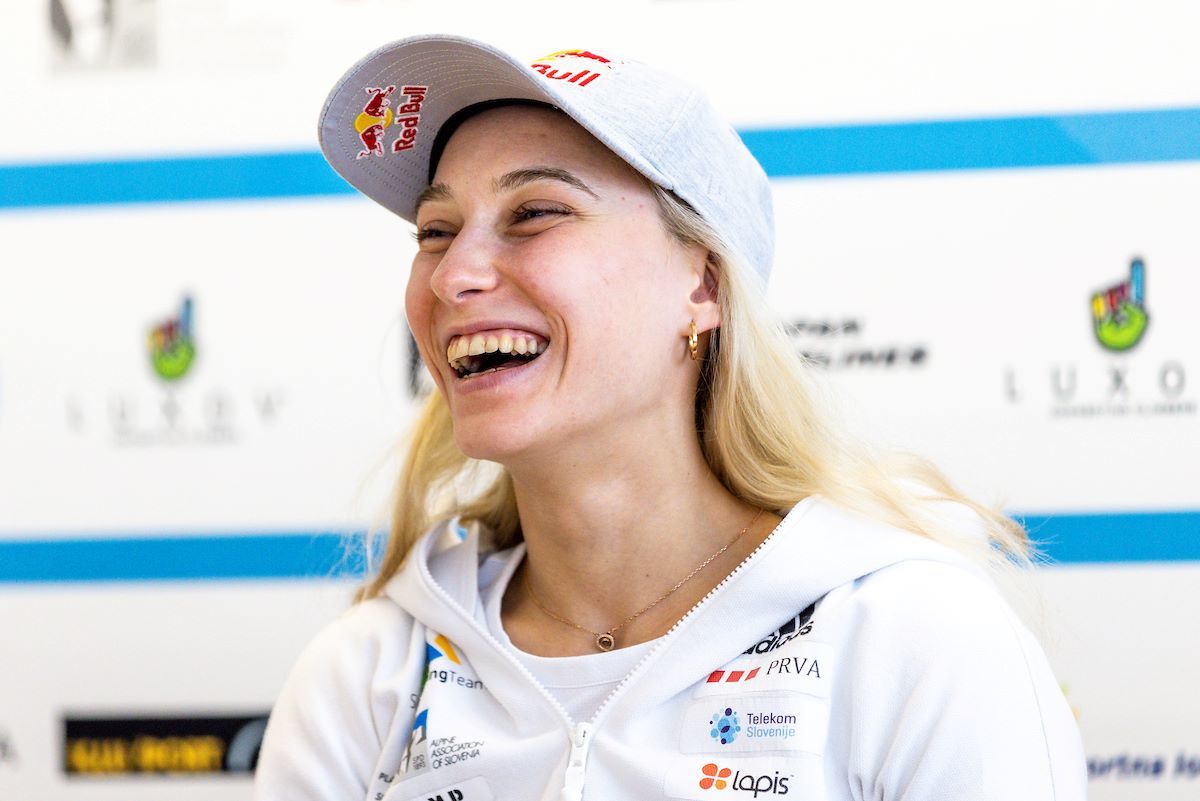 Sports and tourism platform Sport fans of Slovenia - cheer with us

This summer, the STB launched the Sport fans of Slovenia online platform, which connects current sports events and the most successful Slovenian athletes and their fans. For fans, virtual fan props are also available in GIF collections on Instagram and special filters for Instagram stories, which can be found under the keyword Fans of Slovenia. At the end of the summer, the virtual fan atmosphere will be marked by the climbing world cup, the volleyball world championship, where the Slovenian volleyball team is fighting for the top places, and the European basketball championship, where the Slovenian national team is defending the gold medal from 2017.

Sports tourism is the main communication topic in 2022 and 2023

For 2022 and 2023, the Slovenian Tourist Board defined sports tourism as the main communication topic, which is why even more attention is given to the promotion and development of this important and at the same time promising tourist product of Slovenian tourism. International sports events in Slovenia and abroad are extremely important for promoting Slovenia's visibility.