Last year, Igor Evgen Bergant twitted why Slovenians are so successful in sports. A week ago, Pogačar and Roglič confirmed it once again: Slovenians rock at sports! 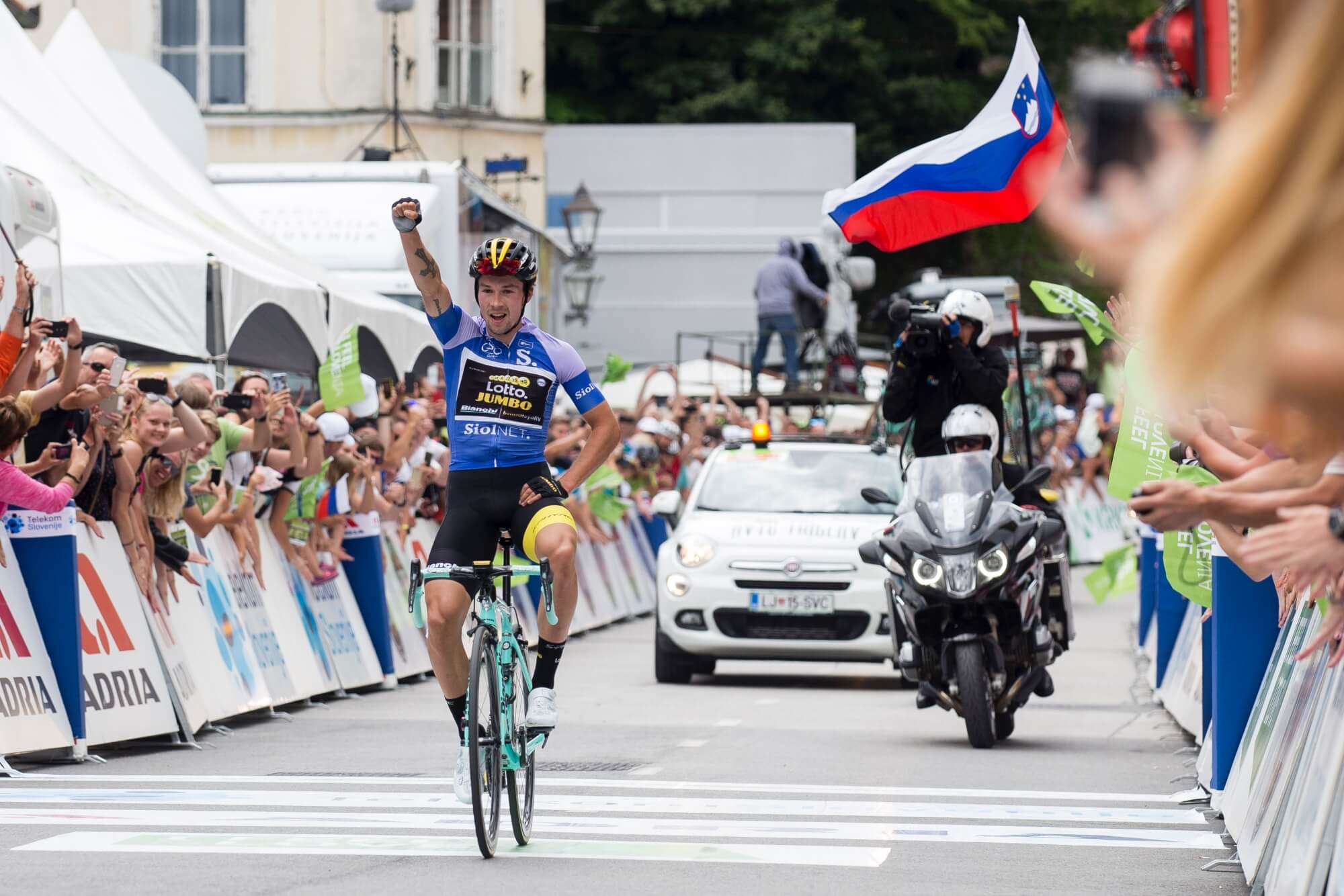 The original Twitter post can be viewed here. It was posted on 15 September 2019, after an outstanding performance of Roglič and Pogačar at La Vuelta.

While watching and enjoying the last stage of @lavuelta, I've been thinking about the reasons for the big triumph of @rogla (Primož Roglič) and the amazing breakthrough by @TamauPogi (Tadej Pogačar). Apart from their individual excellence, of course.

Why a nation of 2 million can be so successful in cycling and competition sports in general? I worked several decades as sport journalist and have remained an interested observer of sports since my switch to world news. Here is my personal opinion in threads to follow…

Origin: Slovenia is small, but extremely diverse, offering a huge variety of outdoor activities. It's almost Europe in a pocket. The urban/rural ratio is roughly 50-50, but cities are small. So, nature is just around the corner for most of the people. 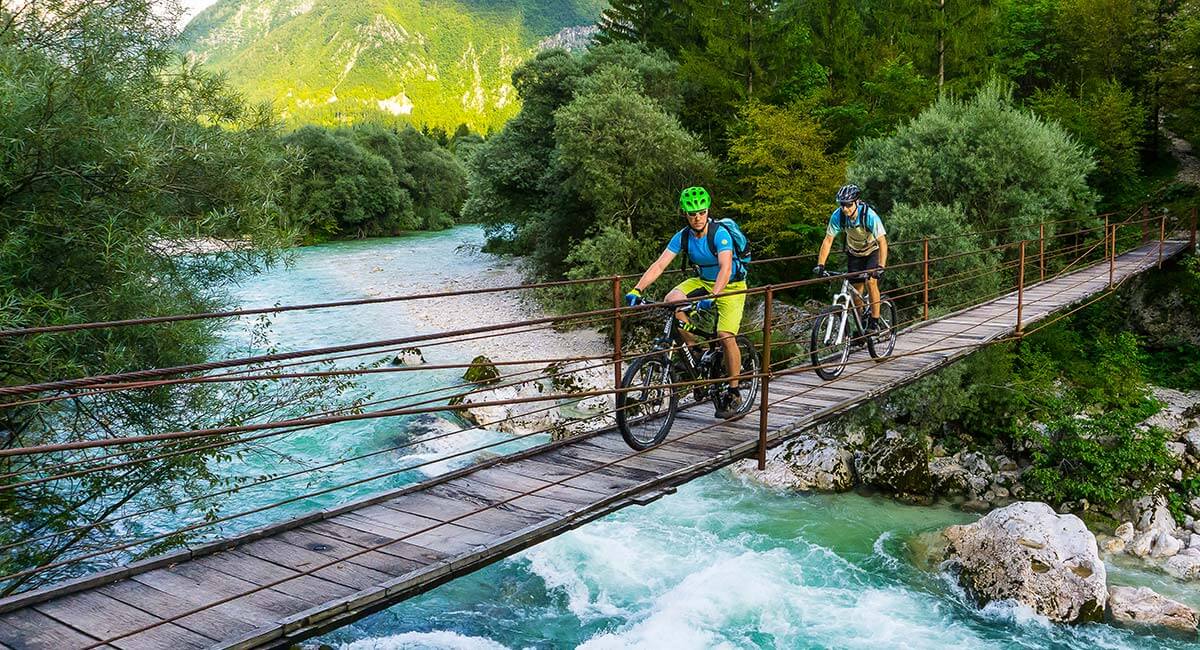 Accessibility: Slovenia has a well-developed sporting infrastructure, most school gyms are used for recreational sport, too. Activities are mostly not free of charge, but are often subsidized by local communities. There are a lot of local sport clubs relying on volunteering. 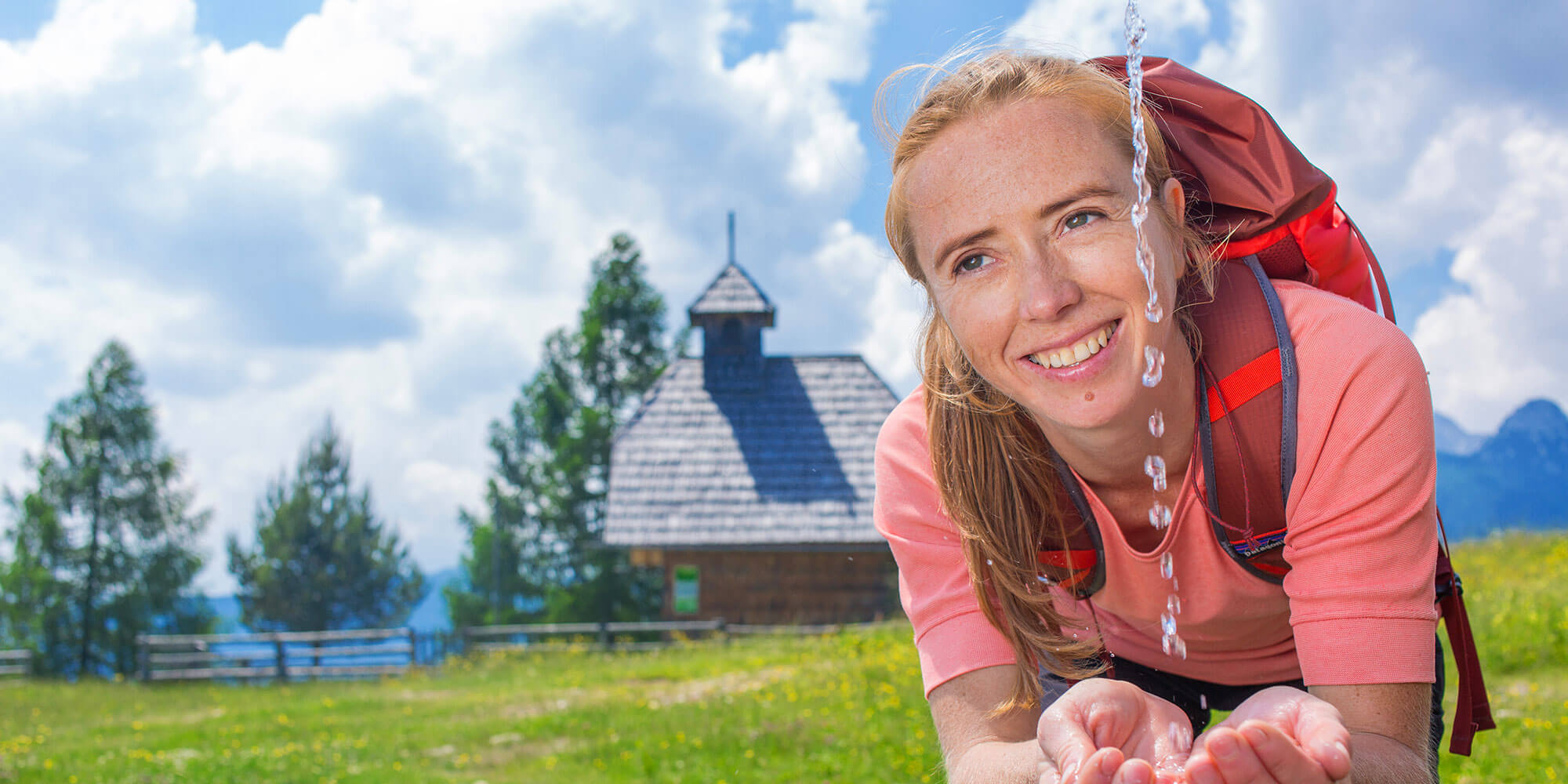 Prosperity 1: Slovenia is not heaven on Earth and is not populated by angels only. It's not the richest country in the world, but with the per capita GDP at 26758.90 USD in 2018 it's still the richest country which emerged from communism/socialism (E. Germany excluded).

Prosperity 2: The country is traditionally among OECD members with the lowest income inequality. Basically, it's Scandinavia without oil, IKEA, Lego or Nokia, but the climate is much better. So, most of the people can afford to practice sport. 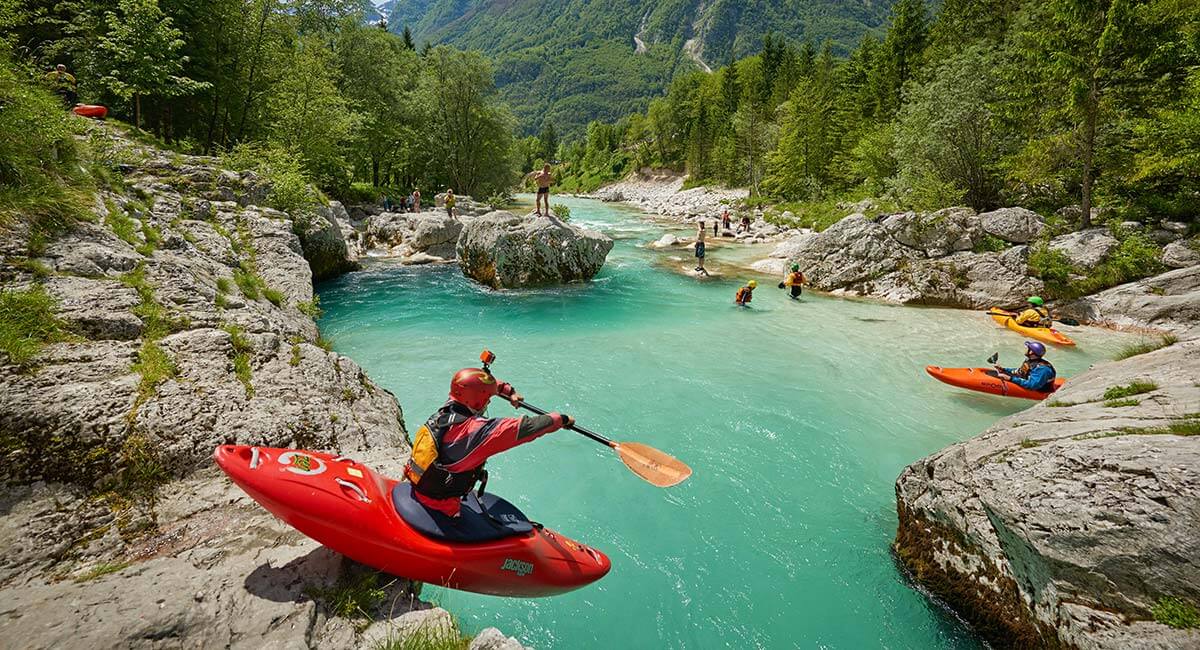 Tradition 1: During the Slovenian nation-building era in 19th century, gymnastics was one of the most important formative activities. Now, like in Scandinavia (according to a recent Eurobarometer survey from 2018), practicing sport is very high on an average Slovenian agenda.

Tradition 3: In the 1970s, Brane Oblak (not related to Jan Oblak) was one of the most notable members of the Yugoslav national football team and had a fine spell at Bayern Munich. Here's an Oblak's screamer from a friendly vs. England in 1974: 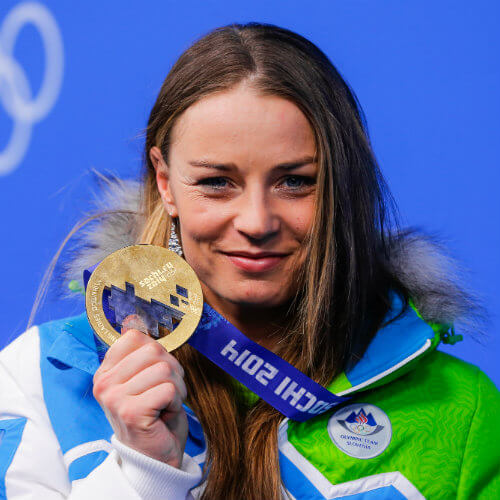 Tradition 5: Sport is important for Slovenians, athletes are respected and supported. There is a relatively widespread and stable system of institutional support (state, sport federations, clubs) which, of course, could be better. Economy does its part, too, although the market is small. Nevertheless, Slovenia is - from a sporting perspective - a good ground to grow. 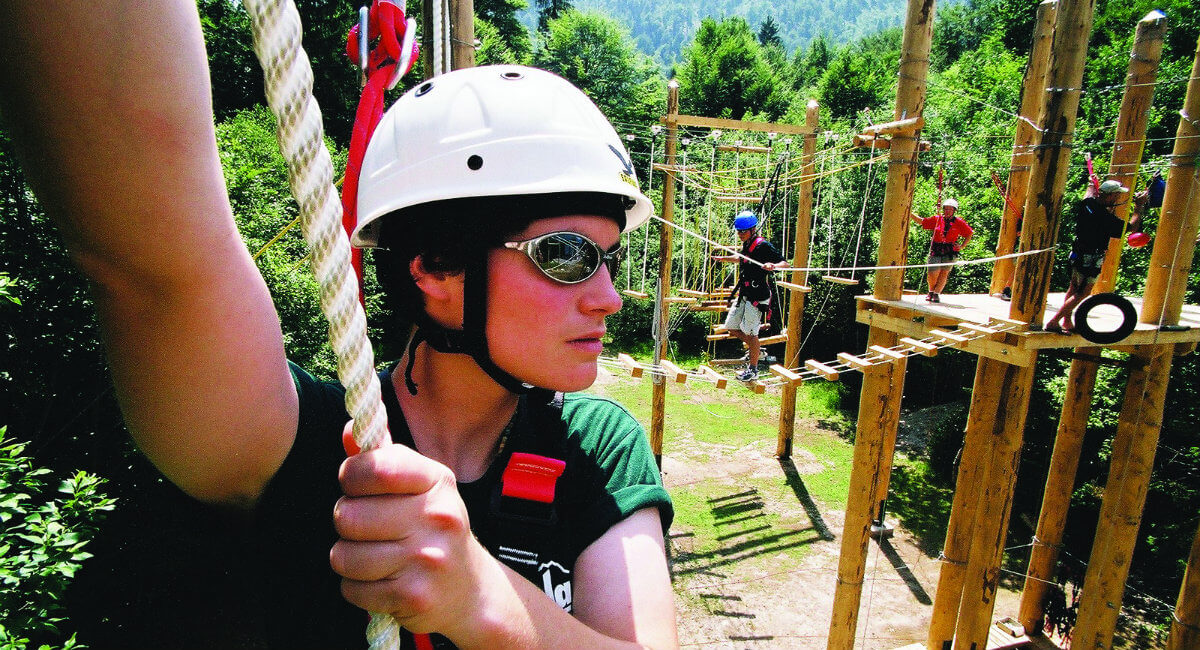 Motivation 1: Slovenians are mostly hard working and motivated to prove something to themselves (and/or the neighbours). They are ambitious. When (in sports) they outgrow the systemic support, families usually step in.It's hard to provide funding, but entrepreneurship is a national sport, too…

Motivation 2: Making money with sport is mostly not the ultimate goal of emerging athletes and their families. You can't get really rich with ski jumping, sport climbing or judo. It's to support an ambition.Some young athletes are ready to go abroad, but due to relative wealth in Slovenia, a safety net back home usually remains for them if they fail.

Motivation 3: The Atletico Madrid goalkeeper Jan Oblak, one of the best of his trade, went to Portugal at age 16. His father was a goalkeeper for a local team. Jan comes from a sporting family, his sister is member of the Slovenian national basketball team. 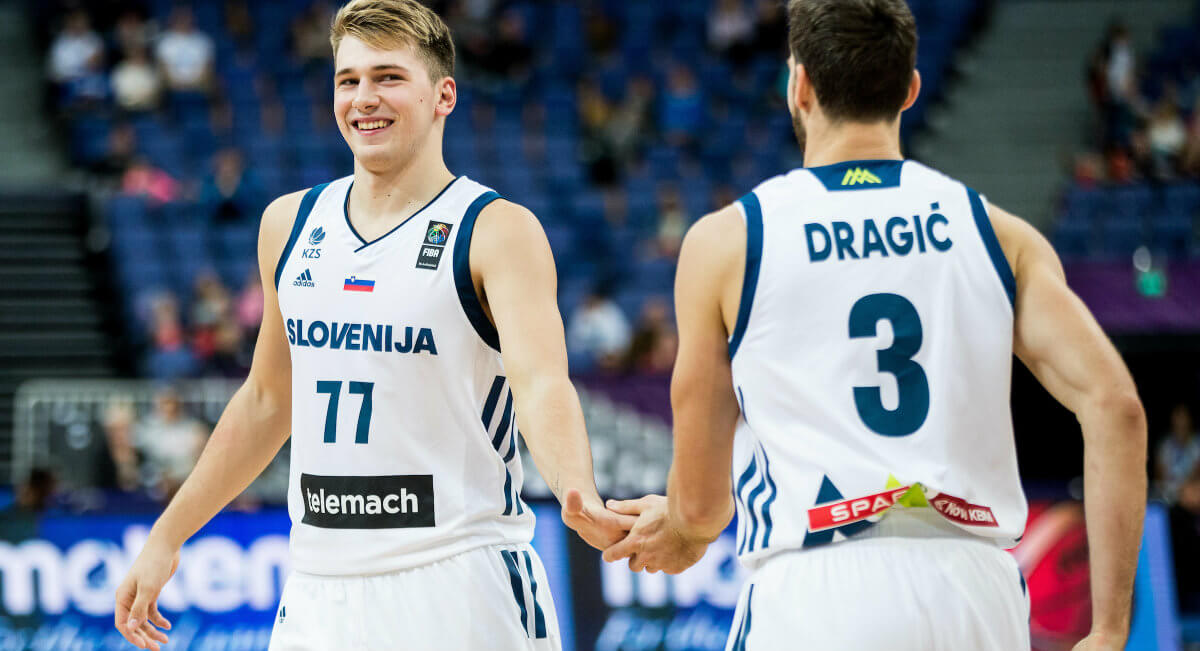 The father of LA King's NHL veteran (and Stanley Cup winner) Anže Kopitar is currently the head coach of the Slovenian National Ice Hockey National team. In Slovenia, sport is a family matter.

Mentality 1: In Slovenia, resources, including human, are limited. Individual lives really matter. An athlete gets his second, third of fourth chance more likely than in other (bigger) countries (with more competition) and more sophisticated systems.

Mentality 2: The story of Primoz Roglic and his late conversion from ski jumping to cycling is extraordinary and remarkable, but it would be even more unlikely outside Slovenia. He is special, for sure. But the small part of the world he comes from is special, too.

Mentality 3: Slovenia's men's national basketball team is the reigning European champion, national men's volleyball team tries to win another medal on the same level (they were 2nd in 2015) this year. Men's national handball team came in 3rd at the 2017 World Championships.

Mentality 4: The most successful Slovenian national teams were cohesive groups of players, knowing each other for years, who were smartly managed.

Perhaps Slovenia does not have the talent of other former (bigger) Yugoslav republics like Croatia or Serbia in team sports (plus a far smaller potential of the diaspora, which is a considerable source for Croatian and Serbian teams)...,but with the diversity of success in individual sports and domestic know-how taking into account, Slovenia really stands out.

Mentality 5: Furthermore, sport has been a successful means of integration for immigrants in Slovenia, mostly coming from other parts of former Yugoslavia (mainly Bosnia).Some of the brightest Slovenian sport stars, such as Goran Dragic (basketball, NBA/Miami Heat, captain of the European Champions' Slovenian team) have immigration background. They're proud of it, as they're equally proud to be Slovenians and representing the country.

Doubts: There were cases of doping abuse in Slovenian sports, also in cycling (18 since 1996). Two riders (K. Koren and B. Bozic) have recently been named as potential anti-doping rules violators. It's a problem, which is shared with all other countries in most of competition sports. No more and no less… Many of professional Slovenian athletes are members of foreign teams.

Slovenia is definitely too small, too central, too open and not enough rich to maintain a hidden state-run or commercial programme of doping. There have been no indications whatsoever, that current champions from Slovenia (cycling included) are involved in any wrongdoing.

Slovenian Girls' Power: Janja Garnbret is the reigning triple World Champion in sport climbing (a new Olympic sport), Ilka Štuhec has successfully defended her World Champion's title in alpine skiing downhill this year. Tina Trstenjak, a judoka, will try to defend her Olympic gold next year at the Tokyo Summer Olympics. It's a short shortlist of our top female athletes, really.

To conclude: There are many reasons, why there was a big Slovenian fiesta tonight in Madrid. Most of them have to do with the individual efforts and skills of @rogla (Primož Roglič) and @TamauPogi (Tadej Pogačar). To a smaller part, they've grown following a great tradition of a small country, full of natural richness and relative prosperity, trying to use its resources smartly. Resources, which are large enough to bring opportunities and too limited to make us spoiled and indolent. 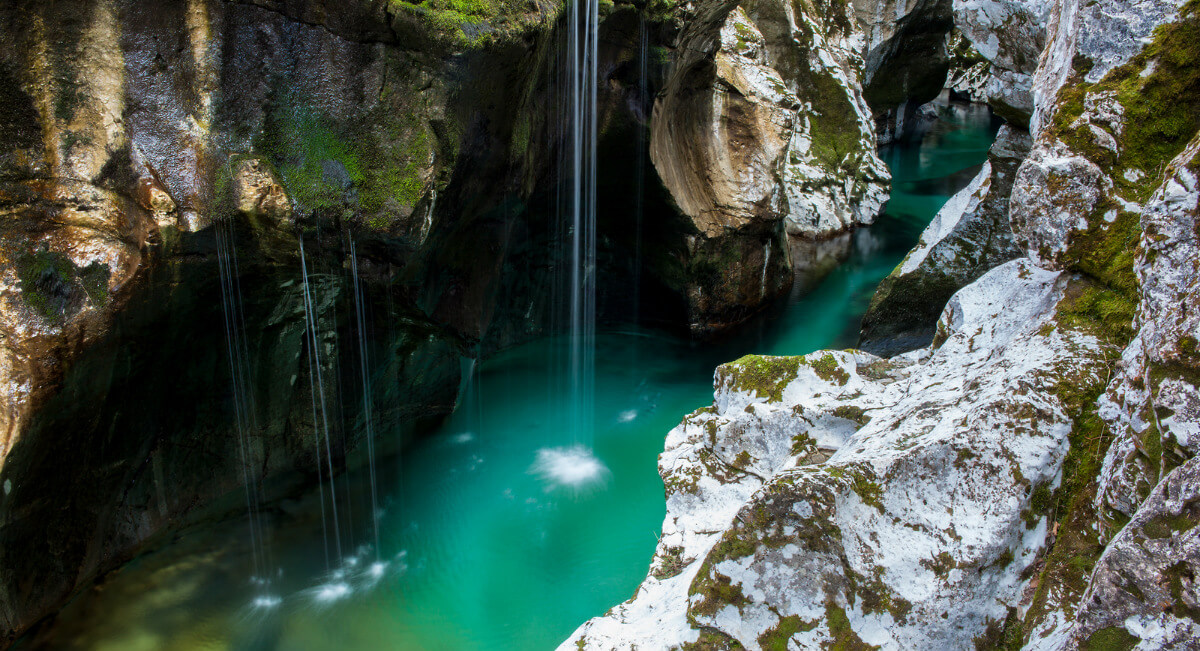 It's time to celebrate with them. Hopefully, there will be new fiestas of this kind in the future. The future looks bright. If not, we’ll remember this one well.

Slovenia can and should be even better. With this, I don’t mean sports in particular. But there are even more important fields of life. We have it (almost) all. We shouldn’t have too many excuses.