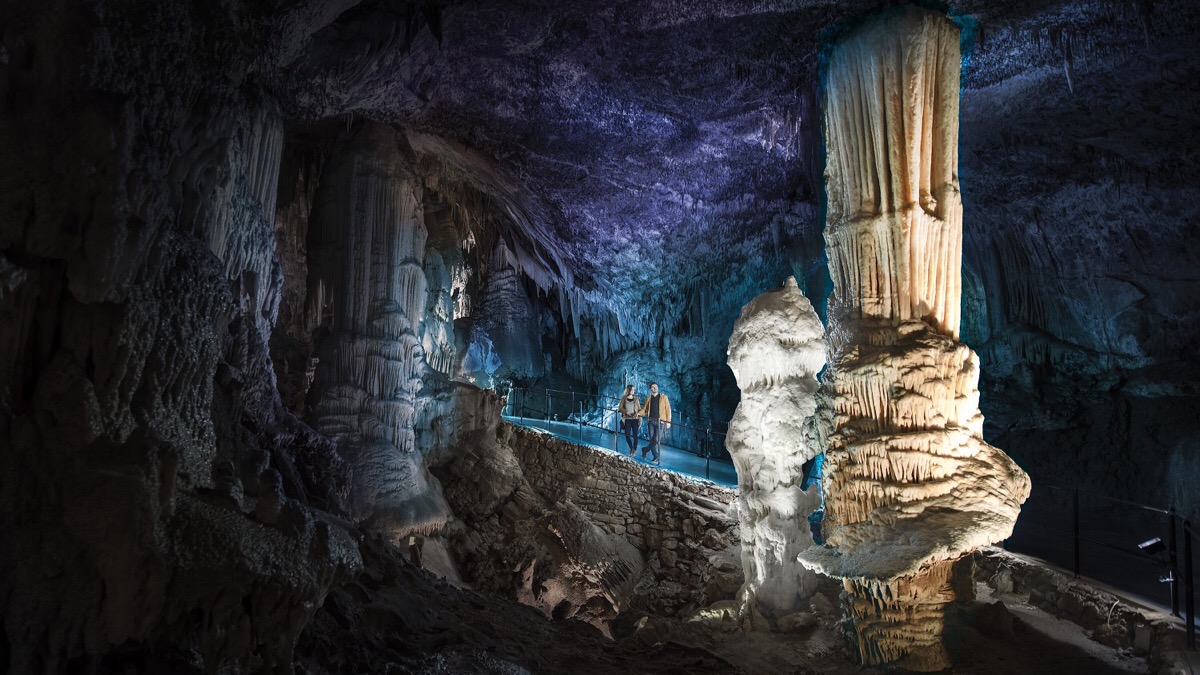 Here's to many more years!

A one-of-a-kind cave train, more than 39 million cave visitors over 200 years, record-breaking numbers of visitors, the cradle of speleobiology, the world-famous "baby dragons" and cave laboratory, one of Slovenia's most-respected companies, a topic covered by media outlets across the globe on a regular basis and a barometer of Slovenian tourism.... exactly 200 years after the very first tourists visited the cave, Postojna Cave is all this and much more.

A special iron gate, a new bridge, vocal and instrumental music and a welcome sign reading "Vivat Ferdinandus".  All this was part of the official start of Postojna Cave’s organised tourism on 17 Aug 1819. The cave's most beautiful parts had been discovered only a year earlier, and the first person to tour them was the heir to the throne, Ferdinand. At that time, probably not a single person could image what Postojna Cave would represent 200 years later. Archduke Ferdinand was also the first person to sign the Visitors' Book, which has been on view in the Expo Cave Karst since earlier this year. Everything else is part of the history spanning 200 years, which we are very proud of.

"This is an anniversary that is important not only for Postojna Cave, but also for Slovenian and global tourism," said Marjan Batagelj, Managing Director of Postojna Cave, on the 200th anniversary of the cave's first tourist visit. Postojna Cave has always been a trendsetter in tourism, science and technology. For instance, electric lights were set up in the cave earlier than street lights in many a European capital, including Ljubljana and, what's more, the cave has also boasted a double-track railway since 1967.

As for this particular year, the Postojna Cave Park is once again having an exceptional season, which is evident from the number of daily visitors to the entire park. Consisting of Slovenia's two major tourist attractions, Postojna Cave and Predjama Castle, as well as other attractions, the Park remains the main indicator of tourism. Compared to the same period last year, the Park has so far recorded a more than 10% increase in the park-wide visitors.

And on a less serious note, an increase has also been recorded in the number of furry visitors who are most welcome to come and stay in our free kennels.

The text and photo provided by Postojna Cave.