COVID-19: Latest information about the situation on COVID-19 in Slovenia

World's best goalkeeper Jan Oblak for The Times: “Slovenia is a beautiful country"

In the recent article for The Times, Slovenian Jan Oblak, the famous Atletico’s goalkeeper, mentiones that "Slovenia is a beautiful country" and that "the Slovenian mentality is good, especially because normally our mind is ‘cold’." 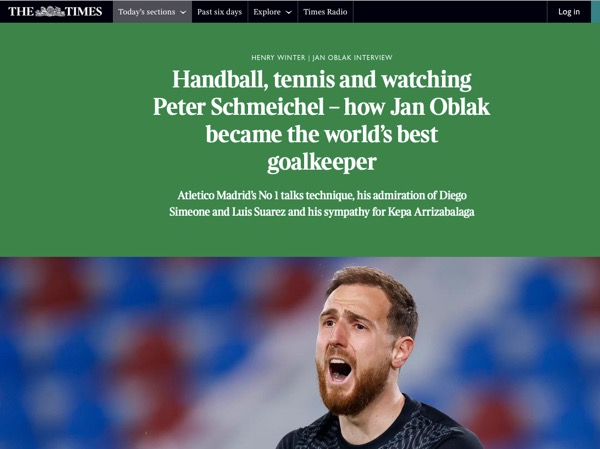 In the interview with Henry Winter, Jan Oblak, Atletico’s goalkeeper from Slovenia, who is considered "arguably the world’s best goalkeeper", talks about his life ahead of the Champions League tie with Chelsea.

He grew up in Škofja Loka, "a scenic town with a magnificent castle 15 miles from the capital Ljubljana". It is also the picturesque medieval set of the Škofja Loka Passion Play, which is on the UNESCO List of the Intangible Cultural Heritage of Humanity. 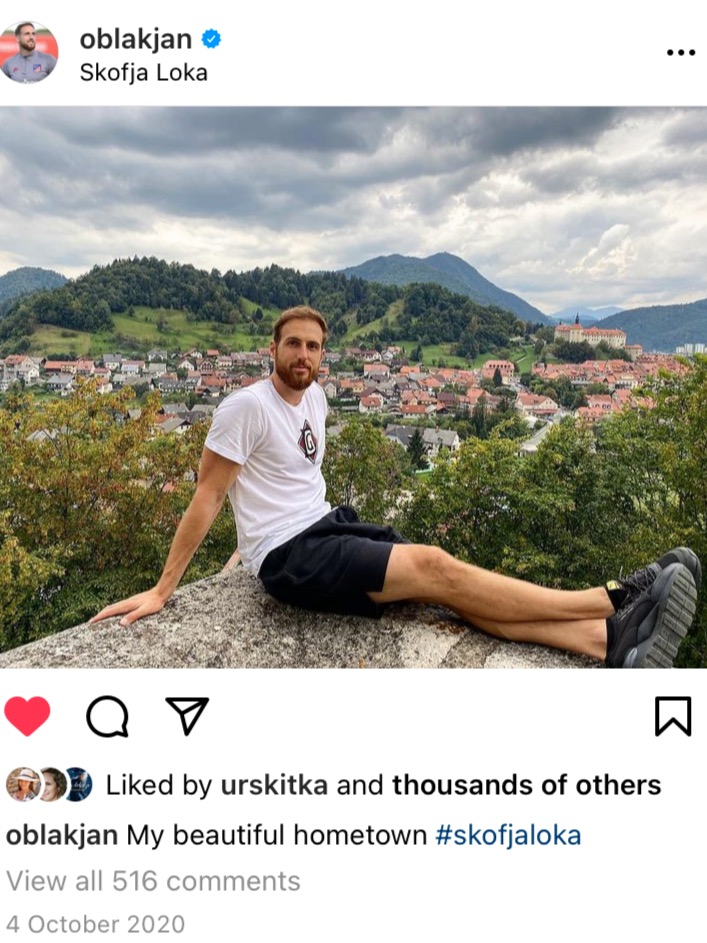 Though Oblak moved abroad very soon, his ties with the home country remained strong. He likes to return and always speaks nicely about it:

"Sport was all around him. “Slovenia is a beautiful country and many people go to the mountains, running, riding bikes and winter sports, skiing, ski jumping, snowboarding.” The population is only two million but they compete hard. “The Slovenian mentality is good, especially because normally our mind is ‘cold’. That helps us when the things are not going so good the cold mind helps you to stay calm and believe in yourself. Strength of mind is the most important thing in professional sport.”

But Oblak is by far not the only Slovenian who has suceeded in sports on a global level (just think of the major success at 2020's Tour de France, Luka Dončić etc.). Actually, Slovenian athletes are among the greatest ambassadors of Slovenia. How is that possible? The best answer is definitely an inspiring "timeless" explanation by Igor Evgen Bergant, a Slovenian journalist, who already 2 years ago thouroughly explained, why a nation of 2 million can be so successful competition sports in general.

Thetimes.co.uk hosts the digital edition of The Times, Britain’s oldest national daily newspaper, and its sister title The Sunday Times. It was founded as early as in 1785 and reaches 14.6 million of readers per month.

The whole article about Jan Oblak is available on the following link, but only for subscribers.

Photo credits: Screenshot of the opening lines of the article in The Times and Jan Oblak's Instagram profile.