The two seasons of Ana Roš: Sun and Rain

The two seasons of Ana Roš: Sun and Rain

Sun and rain: the two extremes that give nature in the Soča Valley everything it needs. The world’s best female chef of 2017, Ana Roš, found the inspiration for her book, recently published by PHAIDON, the world’s leading cookbook publisher, in the powerful opposites in nature.

With a degree in diplomacy, the self-educated top chef, fluent in multiple languages, has recently added another title to her shelf, that of ambassador for gastronomy of the World Tourist Organisation UNWTO. Her commitment to local ingredients and sustainability are setting an example to the world. Our conversation with Ana Roš took place in uncertain times for tourism and the restaurant business. She says that now, more than ever, we need positive energy and hope. In Roš’s land of emerald waters, locals would once again need the power and help of Krivopete, supernatural female creatures living in the woods that all generations in the Soča Valley get to know at a young age.

Ana is proud of a simple fact that in Hiša Franko, one of the top restaurants in the world (according to the World’s 50 Best Restaurants list), everybody co-exists with the two great forces of nature that dictate life in the Soča Valley: “When the sun’s shining, everyone is in a good mood and we spend as much time as possible outside – in our gardens, in the woods, in the meadows; when it’s raining, we spend our time fermenting foods, cooking, preserving foods and cleaning. Sun and rain are the only two seasons in our kitchen and in the Soča Valley. There is no winter, summer, autumn or spring, really, there is just sun and rain.”
The culinary monograph arrived on the shelves last week. It contains 100 original recipes by Ana Roš and many personal stories, including difficult times and challenges. But Sun and Rain, shining from afar like a turquoise magnet, is not just the title of the book of Roš’s recipes and stories, which was written together with culinary journalist Kaja Sajovic and world-famous gastronomy critic Andrea Petrini. Sun and Rain is perhaps above all an homage to the River Soča and to the power of its nature, which the locals, including Roš herself, believe to be a miraculous, even mythological world.

Natural phenomena, often opposites in nature, are an integrated part of the Slovenian culinary and cultural story. The unique space between the Alps and the Mediterranean gives that special taste to the ingredients. Nobody can describe it as simple yet colourful as Ana Roš: “When you are standing on the Kolovrat ridge in the heart of the Julian Alps, you can gaze at the Gulf of Trieste and even count the boats at the horizon. In that moment, you get a feel of how salty the air is at this altitude. I believe you cannot find anywhere else this extreme phenomenon that encompasses all nature with such force in such a small area, and this influences the taste of food. This is one of the most beautiful postcards of Slovenian cuisine.” 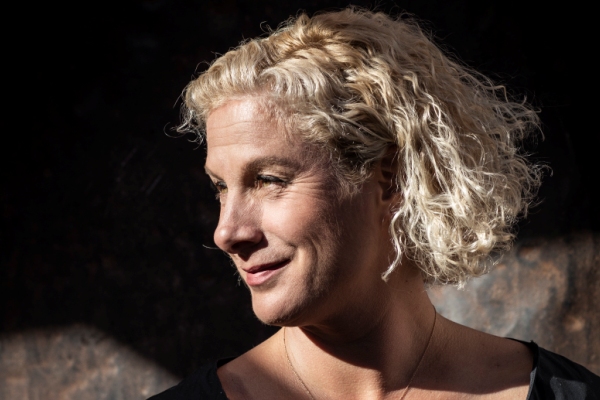 Krivopete, mystical creatures that could save the world today

Ana Roš says that literary heroines that stayed with her from her rebellious childhood phase are the Krivopete, folk characters living in vast forests: “These supernatural creatures, we could call them fairies, are not known in other parts of Slovenia. However, they are living examples of knowing neither politics nor borders, as they are just as much at home in the Veneto region as in Slovenia. They preserve old laws of nature, culture and family. In the Soča Valley, we know stories of Krivopete helping people and finding lost girls. It would be no bad thing if they were to be cruising around the world today and empower us!” Katja Roš, Ana’s mother, knows Krivopete best. She has written many fairy tales about them. During Ana’s childhood, her mother never wanted to bake sweets, and Ana remembers her first cooking inspiration from that time: “One day, I decided to take the ingredients I could get my hands on in the kitchen – Benko cocoa, Cedevita orange drink powder and flour – and I made my first cake. Since this was already a time of the idea that the child is always right, my mum, together with all her neighbours, actually ate the whole cake!” 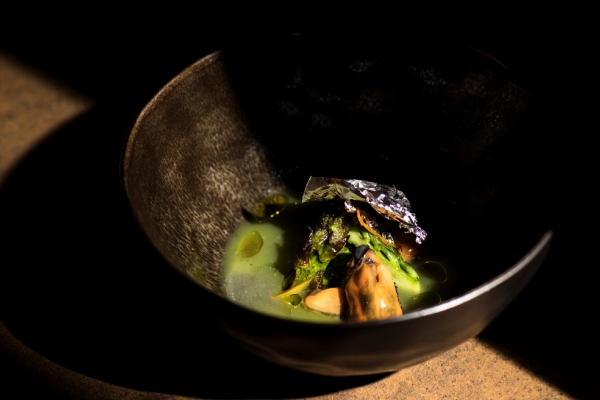 In the Soča Valley, the locals do not sit around in kayaks and grill trout!

The wild, almost mythological world fuelled by the River Soča influences the locals in a special way: “The fact that we do not paddle around in kayaks every day and grill trouts behind every corner shows our great respect for the environment. We depend on the nature we live in. These days, we talk a lot about the immense impacts of the coronavirus. My assistant Manca has just asked me if I had noticed how nature is now creating its own order. And when my friend Petra visited, she said that during the jogging you can really feel how nature is calmer than usual.”

Adjusting to isolation as a practice for unique innovation

Ana Roš believes that the travel restrictions during this time might also give us something, not just take it all away. She wants to send a message to Slovenian cooks that they must really grasp the uniqueness of the local environment which makes us different: “It’s possible to get used to isolation, so that we can be even more unique and tell our story in a new way, especially to those who want to experience green and sustainable tourism. Honestly green. Mass tourism is simply not suited for small, unique and sensitive areas such as ours,” this superstar of haute cuisine believes, “Awareness of our roots, our traditions, our authenticity and above all our foods must come first.”

In sun and rain towards a positive tomorrow

Ana Roš has counted off numerous outstanding achievements in the last few years, from Hiša Franko’s 38th place in the World’s 50 Best Restaurants list to the award of the title of world ambassador for gastronomy. She has now celebrated the peak of her career by publishing her first book, Sun and Rain. Despite these past tumultuous weeks and many unknowns, she remains extremely positive and believes that rather than bad news, we now need optimistic encouragement: “Right now we are stuck in a situation full of uncertainty. We do not know the answers. But each war has its winners and each defeat makes you stronger. For the kitchen of Hiša Franko, for my team and my guests, I believe in a positive tomorrow.” 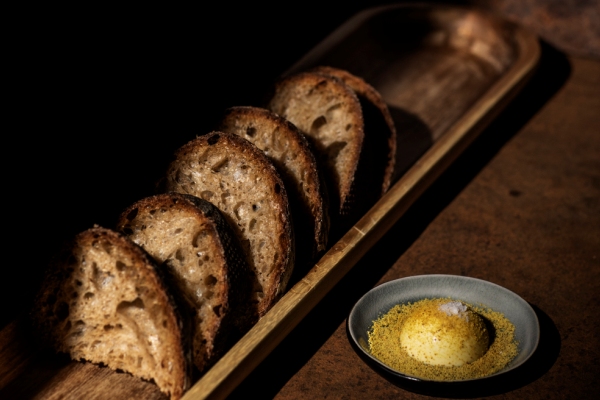